In the event you’ve been lacking hyperlinks 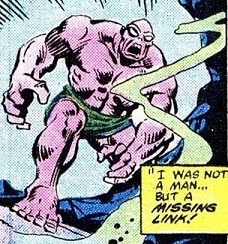 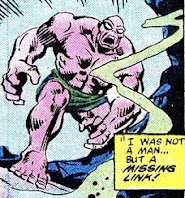 David S.
Oderberg asks “Is
Prime Matter Vitality?” within the Australasian
Journal of Philosophy.  Additionally, Oderberg
on the “Precept
of Ample Motive,” in The
Encyclopedia of Philosophy of Faith, edited by Stewart Goetz
and Charles Taliaferro.

On the Claremont Overview of Books, Joseph M.
Bessette units out a critique of
the Eastman memos.

Aidan
Nichols on the
Herbert McCabe he knew, at The
Lamp.

At UnHerd, Thomas Fazi and Toby Inexperienced make the
left-wing case in opposition to vaccine mandates.  At The
Pill, Alex Gutentag on the
continuous, unacknowledged, shifts in professional opinion about Covid-19.  “Necessary panic”: Freddie deBoer on Covid
because the liberal 9/11.  A Johns
Hopkins College examine concludes
that lockdowns did no good and prompted a lot injury.

One famed
cartoonist’s graphic novel about one other.
Forbes on the
unusual story of The Unusual Demise of
Alex Raymond.  At The Nation, J. Hoberman evaluations
Paul Hirsch’s Pulp
Empire: The Secret Historical past of Comedian Ebook Imperialism.

Tim Crane on
why
science can’t state all of the information, at IAI.

At The European Conservative, Hélène de
Lauzun on the
delusion that medieval Europeans believed the Earth to be flat.

James
Dominic Rooney on “Being
a ‘not-quite-Buddhist theist,’” in Spiritual Research.

At Substack,
Richard Hanania on why
liberals have come to view Russia because the Nice Devil.

John Tierney
on
alcohol and civilization, at Metropolis
Journal.

Don Devine
on the
conservative debate over John Locke, at The American Spectator.

Cathy Younger
on when
the transgender motion jumped the shark, at Arc Digital.  At Areo, Richard Dawkins on why
intercourse is fairly rattling binary.
Thinker and U.S. Military veteran Michael Robillard on transgenderism
within the army.

New papers
by Thomas Pink: “Closing Causation”
and “On
Dignitatis Humanae: A Reply to Thomas
Storck.”

At The Postliberal Order, Chad Pecknold on the
therapists of decline and Patrick Deneen on conservatism
as hospice care.

Francis
Sempa on Spengler,
Toynbee, Burnham, and the decline of the West, at The College Bookman.  At The
New Criterion, Andrew Roberts considers what a world
with out the West would have been like.

In Spiritual Research, Enric Gel asks: “How
many and why? A query for Graham Oppy that classical theism can reply.”

Wittgenstein’s
Tractatus at 100: a
symposium at IAI.

A
convention on Second Scholasticism, Analytical Metaphysics, and Christian
Apologetics
was hosted by the Catholic Theological School in Prague final October, with
displays by Gyula Klima, Michael Gorman, and plenty of others.  Through YouTube, you may nonetheless watch the first,
second,
and third classes.

The Pull Request interviews historian Niall Ferguson:
half
1 and half
2.

At 3:16, Richard Marshall interviews
Benjamin Lipscomb about his e-book The
Girls Are As much as One thing: How Elizabeth Anscombe, Philippa Foot, Mary Midgley,
and Iris Murdoch Revolutionized Ethics.  The e-book is reviewed
at Prospect.  Thomas Nagel feedback within the London Overview of Books.

The
story behind Steely Dan’s “Rikki Do not Lose That Quantity,” at Far Out.  Vulture on how
the Eagles’ Don Henley nearly did vocals for Steely Dan’s “Peg.”

Yujin
Nagasawa is
interviewed at What Is It Like
to Be a Thinker?

At UnHerd, thinker Arif Ahmed on how
our universities turned sheep factories.  At Spiked,
Ahmed on how
Cambridge College uncancelled Jordan Peterson.  On the Nationwide
Submit, Peterson on why
he’s not a tenured professor on the College of Toronto.

Connor
Grubaugh on Hannah
Arendt on anti-racism as a totalitarian ideology, on the Pill.
Important Race Idea indoctrination: the
youngsters don’t prefer it, experiences Robby Soave at Motive.  John McWhorter,
creator of Woke
Racism, is interviewed about
the e-book and about Robin
DiAngelo and Ibram X. Kendi.  At The Upheaval, N. S. Lyons argues that woke
madness is nowhere near being over.

At The Spectator, Sam Leith argues that the
fashionable financial system is constructed on habit.